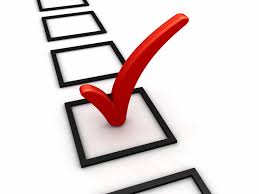 enrollment in the cost-saving plans.
“Employer HSA funding strategies have changed in recent years in response to the Patient Protection and Affordable Care Act (PPACA) and its impact on employer-sponsored health insurance plans,” says Brian M. Goff, President & CEO of Insurance Solutions, a UBA Partner Firm. “When HSA products were new, the employer could take the premium savings and fully fund the deductible. Now, however, premium reductions are not as great as they once were. As premiums increase, employers naturally opt to put their contributions toward premiums first and will slowly reduce their HSA funding to the point where, in some cases, it becomes entirely the employee’s responsibility,” says Goff.
There are many additional factors that will impact an employer’s HSA contribution strategy, says Mark Sherman, Principal of LHD Benefit Advisors, another UBA Partner Firm. Sherman says such factors include the deductible amount, the employee premium contribution, the out-of-pocket maximum, and whether there are other types of plans offered.
“At the end of the day, employers typically have a budget that they work within,” advises UBA Partner, Andrea Kinkade, President/Benefit Advisor at Kaminsky & Associates, Inc. “Either employee payroll deductions (premiums) increase or employer HSA contributions decrease to keep benefit costs within the budget.”
HSA ACTIVITY BY EMPLOYER SIZE
Smaller employers (1 to 50) are exceeding the average HSA contribution for singles, while larger employers (50 to 1,000+) have been less generous, according to the survey. Even larger employers (1,000+), in fact, show the lowest average contribution at $426. Similarly, for families, HSA contributions by smaller employers tend to be above the average $890 contribution, while large employers (1,000+) fund an average of $760.
“There are a few reasons for this,” says Goff, “The larger the group, the more impersonal some of these decisions are. Plus, many large groups are self-funded where premium equivalents between HSA plans, health maintenance organizations (HMOs) or preferred provider organizations (PPOs) are not as great. As a result, the expectation is that the employer contribution to the HSA will not be as great and some employees will enroll in non-HSA plans — making the high-deductible plan not as worthwhile.”
Findings show large employers also have lower CDHP enrollment. Even though 25.5 percent of large employer plans are CDHPs, only 16.6 percent of their employees are enrolled in them.
“Generous HSA contributions among small groups are typically designed to help compensate for higher deductibles than those that are offered in larger group plans,” says Kinkade.
REGIONAL HSA ACTIVITY
The correlation between high HSA contributions and high enrollment in high-deductible health plans (HDHPs) is consistent across different industries and regions, with the exception of California, which has the most generous HSA contributions ($808 for singles and $1,316 for families) yet the lowest enrollment in CDHPs: only 11.3 percent of plans in California are CDHP plans and only 8.1 percent of employees are enrolled in them.
“Market dominance of Kaiser and a strong HMO preference in California offsets the rate relief offered by CDHPs, making the high deductible not worthwhile,” says Goff.
“In the Midwest, we still see some employers continuing to offer higher HSA contributions or lower premium contributions as a way to entice employees to these cost-saving plans,” says Kinkade.
New England, which typically has the most generous health care packages overall, sees average HSA contributions of $685 for singles and $1,342 for families. South Central states have the lowest contributions: $360 for singles and $554 for families. Nearly 36 percent of North Central states offer CDHP plans (the highest of any region) and more than 40 percent of employees in this region are enrolled in such plans (also the highest in the nation).
“Since the North Central region is largely comprised of Anthem BCBS states, carrier motivations play into these stats,” says Sherman. “Specifically, low regional interest in HMOs and Anthem BCBS’ purchase of Lumenos, a CDHP marketing specialist, made it easy for employers to move from a PPO to a CDHP.” “Construction companies typically hire young men who demographically don’t place a lot of value in benefits. Government, on the other hand, has traditionally substituted salary for benefits; one way to move those employees off an expensive plan is to fully fund their deductible,” says Goff. “But carrier motivations can also be at play. Some carriers give a certain premium discount to go to the high deductible plan. So if you have a low premium, i.e., construction because of a young male demographic, the premium may only come down $800 a year to add a $1,500 deductible. On the other hand, take a nursing home that has expensive premiums, the savings may be $1,700 to add a $1,500 deductible, making it a no-brainer to switch to an HSA plan.”
The strategy of attracting employees to CDHP plans with generous HSA contributions has worked in the finance and insurance industry, as well, where 32.3 percent of plans are CDHPs (the highest of any industry) and enrollment is 32.1 percent (also the highest enrollment of any industry). HSA contributions in the finance and insurance industry are at $634 for singles and $1,074 for families, 20.7 percent and 18.7 percent above average, respectively.
The opposite trend can be seen in the mining/oil and gas extraction industry, however, where only 16.7 percent of plans offered are CDHPs, and employer HSA contributions are also among the lowest. Correspondingly, CDHP enrollment in this industry is a mere 8.5 percent.

CDHPs have proven to generate cost savings, according to UBA surveys. The average annual health plan cost per employee for all plan types in 2014 was $9,504. CDHPs appear to have the lowest annual costs per employee, specifically 6.4 percent less expensive than average. In contrast, PPO plans cost 9.7 percent more than CDHPs, yet they continue to dominate the market in terms of plan distribution and employee enrollment.
“While CDHP offerings are up 8 percent from 2012, they are largely unchanged from 2013,” says Les McPhearson, CEO of UBA. “From an enrollment standpoint, however, CDHPs have seen increases of more than 30 percent in the last two years (15.6 percent to 20.6 percent), despite overall decreases in employer contributions to HSAs. For large employers and the mining/oil and gas extraction industry, even modest increases in HSA contributions can be a key part of the puzzle in migrating employees to lower cost CDHP plans.”
“HSA based plans are still growing in popularity,” continues Sherman. “In fact, for many employers (especially those who have already offered HSA-based plans), the current movement is to offer a full replacement solution, often with two or more HSA-based plans to allow for employee choice,” says Sherman.

About the UBA Health Plan Survey
Data in the 2014 UBA Health Plan Survey is based on responses from 9,950 employers sponsoring 16,967 health plans nationwide. The survey’s focus is intended to provide a current snapshot of the nation’s employers rather than covered employees. Results are applicable to the small to midsize market that makes up a majority of American businesses, as well as to larger employers, providing benchmarking data on a more detailed level than any other survey. The 2014 UBA Health Plan Survey offers more than just national data and UBA recommends that employers benchmark with local data, which is more effective when adjusting plan design, negotiating rates, and communicating value to employees.
For a customized benchmark survey based on industry, region and business size, contact your local UBA Partner Firm.