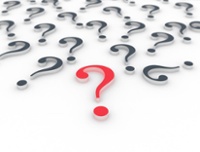 The Benefits Test answers the basic question of whether all participants are eligible for the same benefits.
By Danielle Capilla
Originally Posted By www.ubabenefits.com